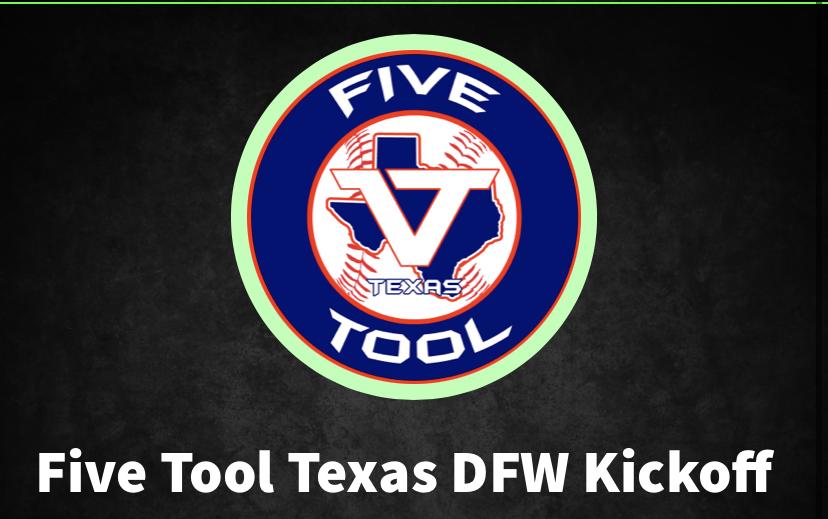 5.30.22 Tribe-Koerner started off their summer season with a championship game that ultimately led to a Runners Up title at the Five Tool Texas DFW Kickoff. The team went 4-2 on the weekend and it looks to be a strong season ahead. 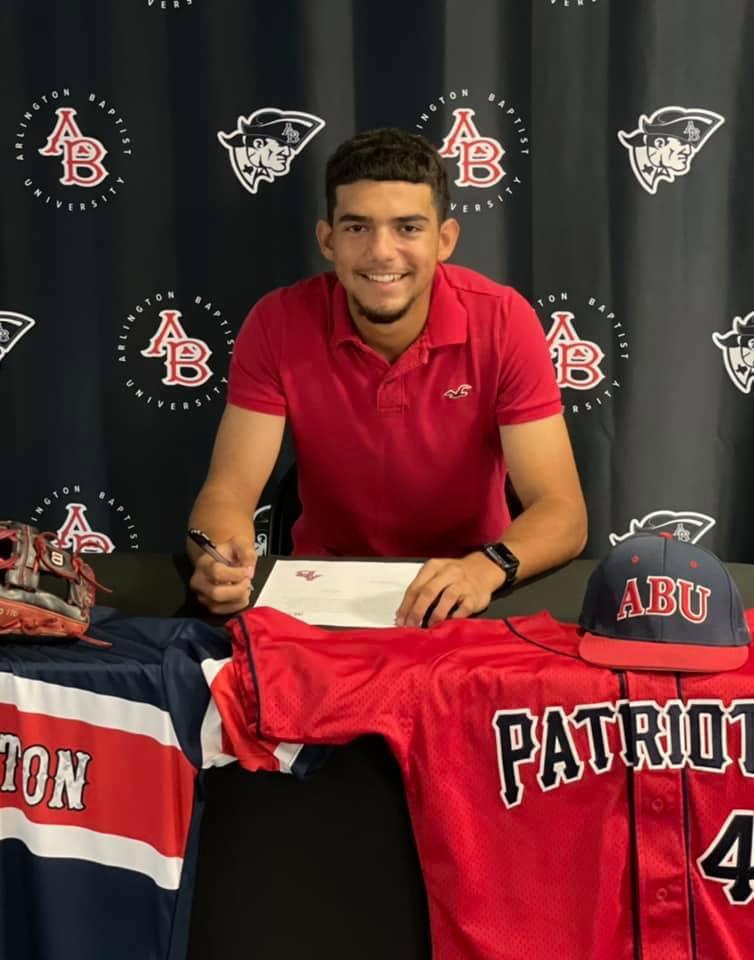 10.11.20 | Tribe 2023 finished the weekend at the Texas Wesleyan-Dallas Christian College Showcase 3-1, taking 2nd place. The team had two complete game shutouts from Austin Hensley and Emilio Luna on Saturday. Robbie Armijo took the mound in the semi-final game and pitched well. The bats were hot from multiple Tribe players, standout is Logan Garcia with a 2 run Homerun! 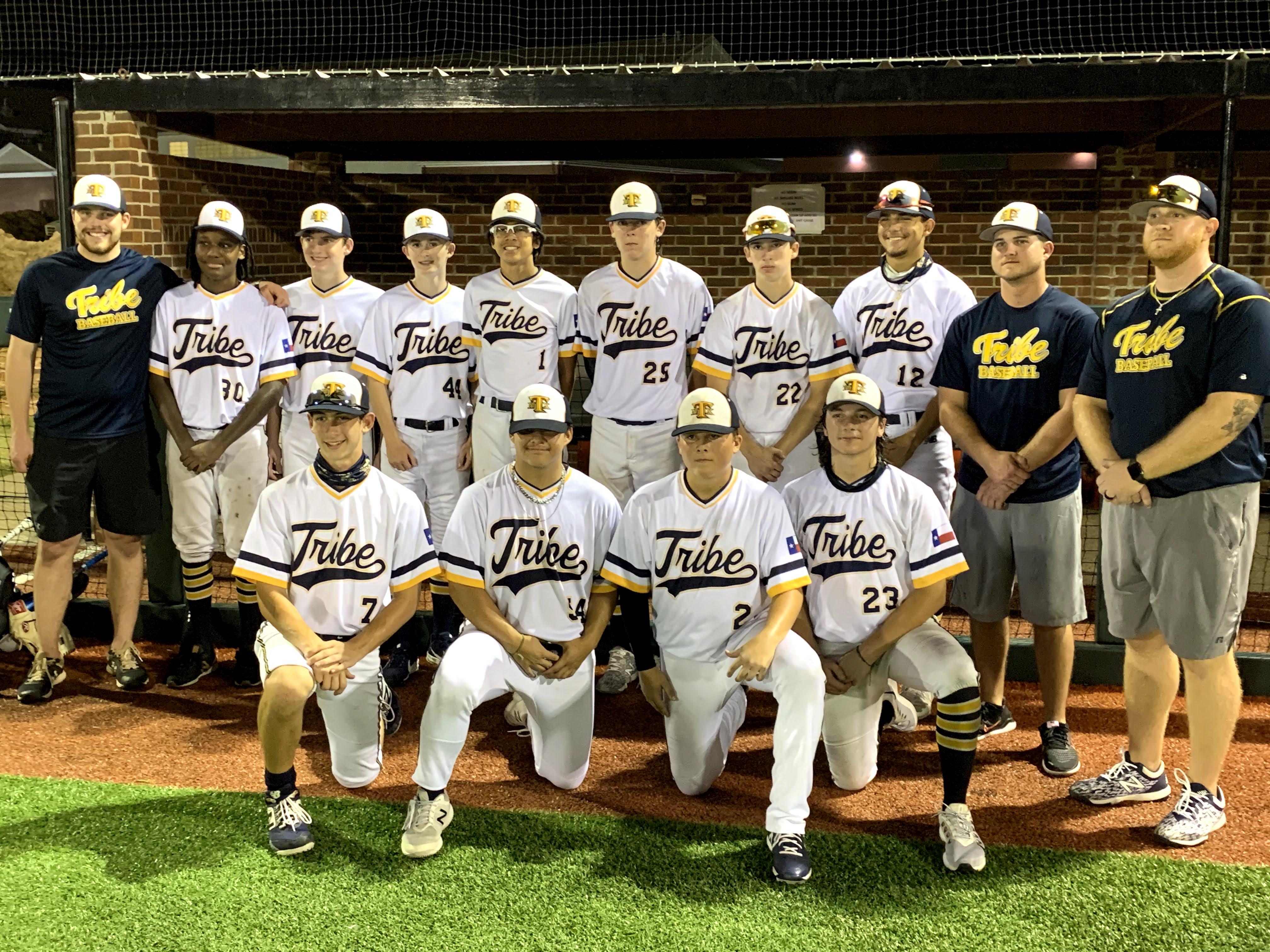 9.27.20 | 16U Koerner :: This what 4 & 0 looks like! What a weekend! The boys fought hard, never gave up, and came out on top! I want to shout out @austinh1723 for throwing a complete game shutout in Game 1 on Saturday and came in on Sunday in the championship game and got the save, beating one of the top Banditos team out of East Texas! Big shout out to all hitters, including @evanjohnson.n with the game tying RBI triple! Proud of all the boys this weekend!

Runners up at Meat on the Bone

7.18.20 | NTX Tribe 2023 walked away with 2nd place this past weekend. The team came back from a Game 1 pool play loss to fighting all the way to the championship. The team is growing in their abilities and coming together as a strong team. We had 4 boys hitting over .300: Ethan Keosawaang, Laker Lee, Sawyer Altobelli, and Ryan LeMaster. The pitching staff had 2 standouts; Max Freeman throwing a complete game only allowing 6 hits and not walking any batter in the game to get us to the Championship. Ethan Keosawaang played a big role as relief keeping us in the game in the championship and in a key pool game. The team had 6 double plays turned the whole weekend by Jacob Godfrey and Michael Hudgins. The defense continues with the outfield combo of Keoni Garciano and Sawyer Altobelli making great plays in the outfield. All players played great and had a key role in the 2nd place victory. Way to go boys!

6.30.20 | We had a good weekend. Finished 3rd, not what we expected but we learn and move forward. Golden Ball Award: Ethan Keosawaang - Ethan came in relief and shut down three innings, keeping us in the game. Golden Glove Award: Michael Hudgins - Michael was a vacuums short stop this weekend. Making plays left and right and turning multiple double plays! Glden Bat Award: Jacob Godfrey, Michael Hudgins, Laker Lee - these three boys batted over .400 this weekend! Multiple RBI’s and plenty of double and base hits!

Suns Out Guns Out

June 15, 2020 | How fun is this!?! A few weeks ago Tribe’s #15U JV team played in their first tournament of the season and they SHOWED UP! To celebrate their work, Coach Koerner handed out a few prized “trophies”. Check ‘em out:: Michael Hudgins, Ryan LeMaster, Sawyer Altobelli - Golden Glove Award These 3 boys helped keep our Fielding Percentage to .904, turning multiple key double plays, and throwing runners out from the outfield. Max Freeman - Golden Ball Award Pitched 7 innings with letting up only 3 hits and an ERA of .000 Laker Lee - Golden Bat Award Batted over .600 with 4 RBI’s and the tournaments only Homerun Way to go boys!

A look back at the Summer 2019 Season

Coach Koerner reflects: "We finished our first year in the High School league 5-5, growing onto a competitive baseball team. The tournaments that we played in brought high-quality high school competition, the outcomes weren't in our mind, but the experience of seeing high school quality players. Looking to the 2020 Summer season we will be prepared for the competition and the experience of having the players perform at top-rated showcases for college exposure."

Waiting to take the field... 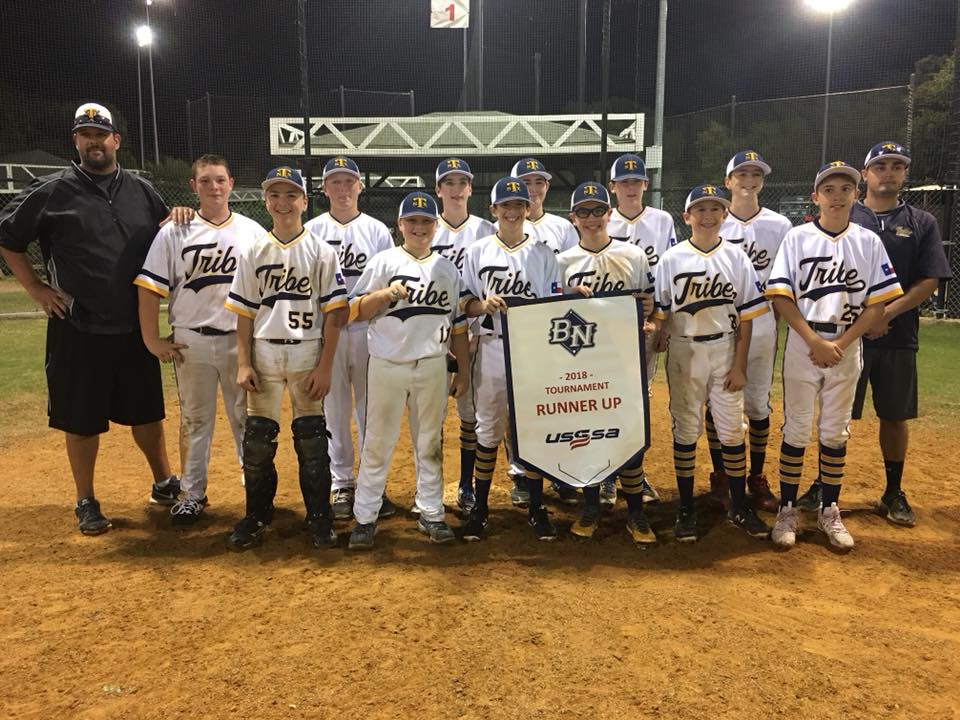 Fall 2018 | It was a long day for the boys on Sunday, but well worth it. They came in as AAA Runners Up in the BN One Day Sunday Field Rats Tournament. Way to battle boys! 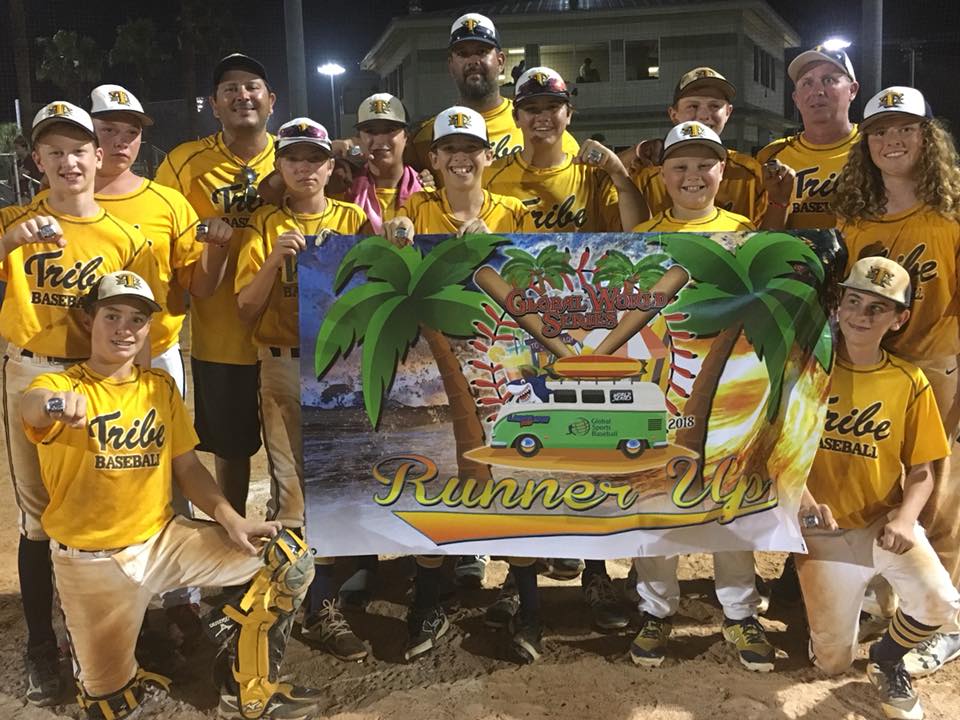 7.15.18 | The very last Tribe team to finish this Spring is bringing home Silver from the USSSA Gulf Shores, AL World Series. 13U Hudgins has been together a long time, fought through a very humbling season and it was great to see these boys finish strong.

Thanks to all Tribe players, parents, and coaches for another strong season! This Spring concludes our 3rd year of existence. As we continue our great relationship with Southfork Sports, now watching Tribe players roll into various High Schools throughout the area, and still fielding teams at every age level all the way down to 7U, Tribe Baseball is set for a long and exciting future in the Select Baseball Community. 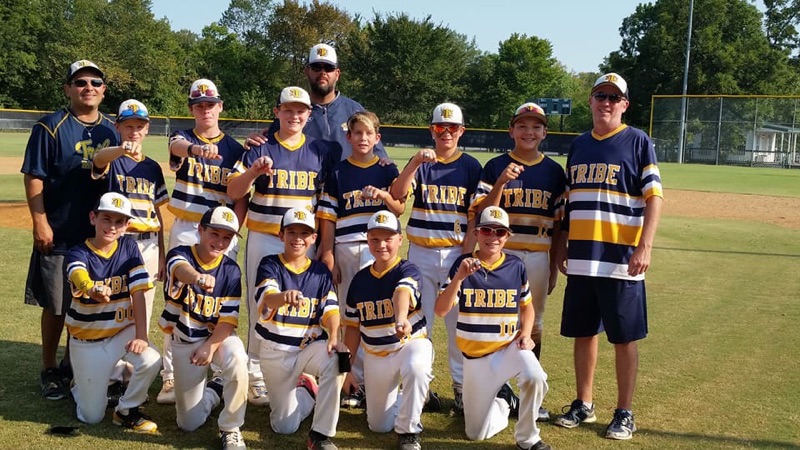 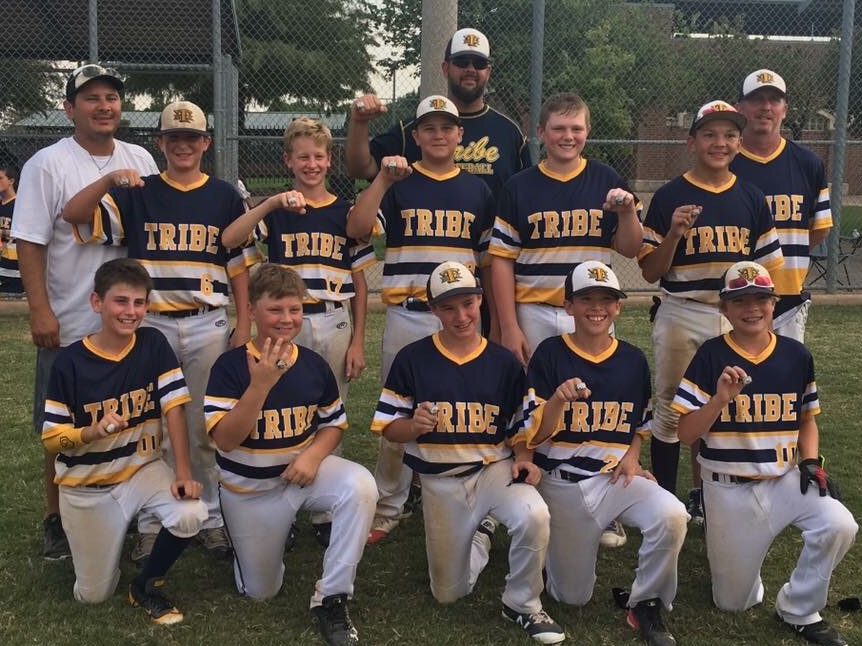 12U Hudgins battles on! 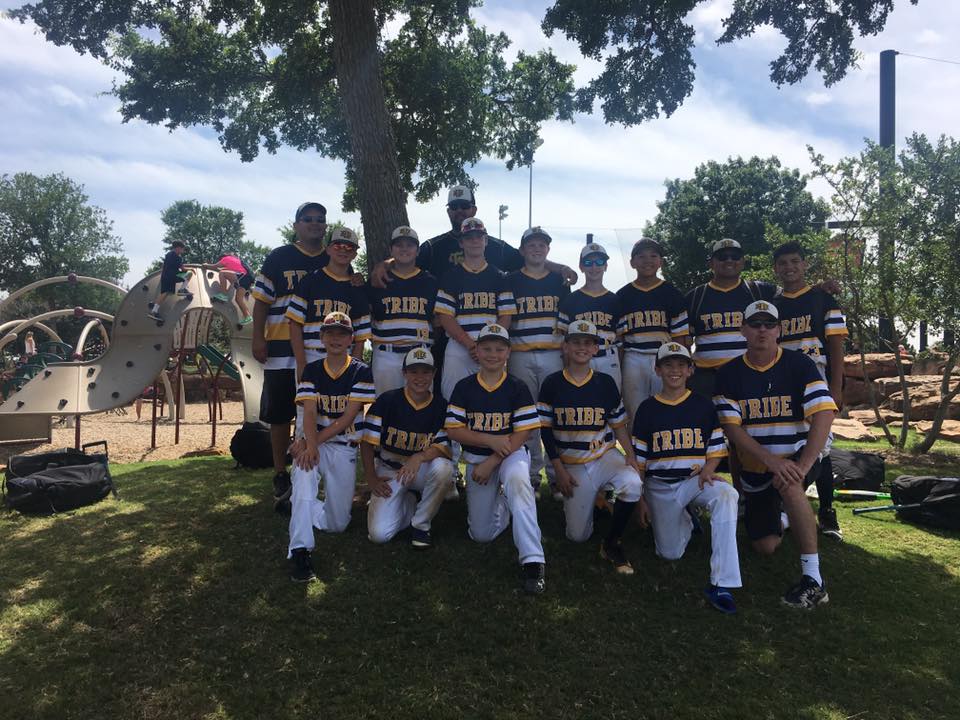 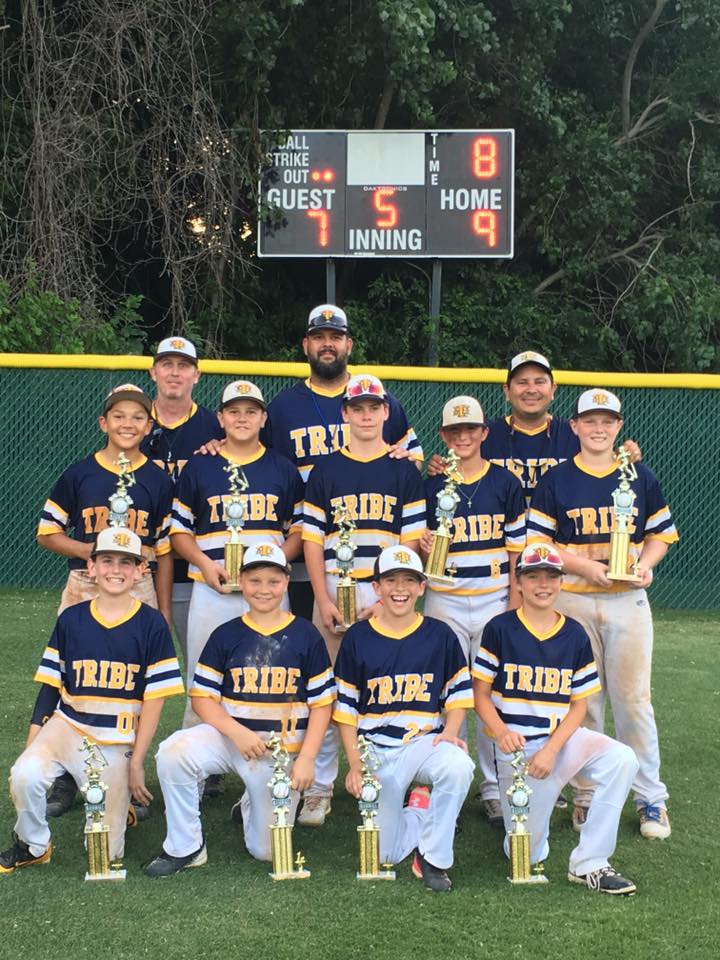 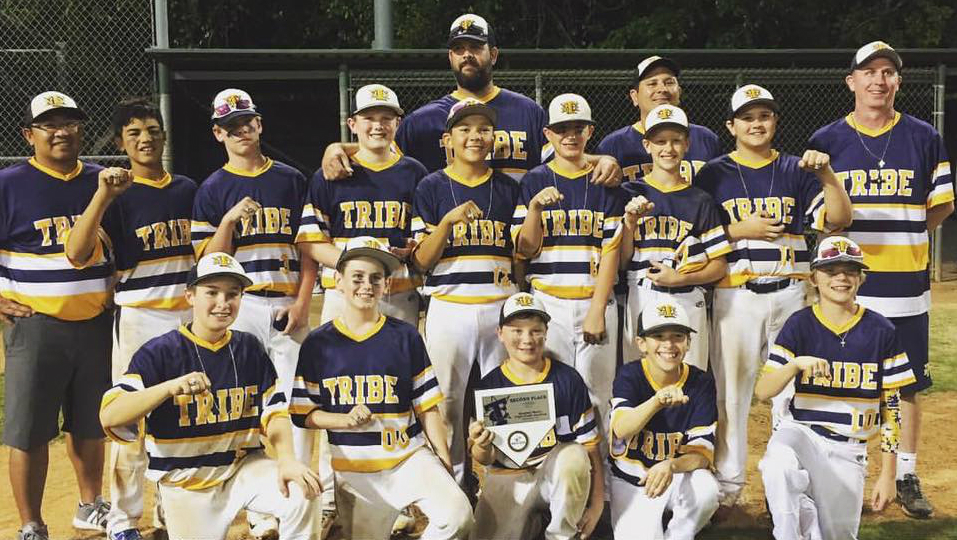 4.18.17 | After going 0-3 in their first tournament at the Majors level, 12U Hudgins went 3-1 at the Hunt for Eggcellence. These boys were happy to take 2nd after a 7-3 loss to a tough Dallas Tigers-Calhoun team in the Championship game.

Suns Out Guns Out 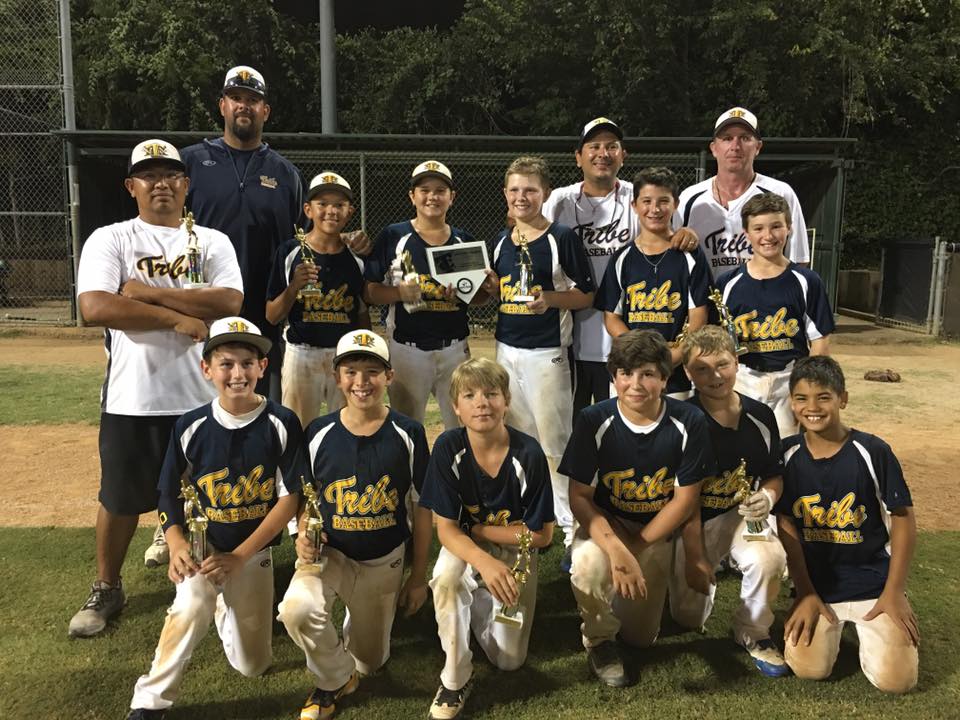 6.27.16 | Back to back Championship appearances for the 11U team. They went 4-1 at the Sun's Out Guns Out Tournament this past weekend. These boys finished the regular season as the #10 strongest AAA team in the State in USSSA Power Rankings. They're taking their talents to the Triple Crown Colorado State Championship next week!